Omicron Delta Kappa, the National Leadership Honor Society, recognizes and encourages collaboration among members across the five pillars of leadership celebrated by O∆K  and champions its leadership values of collaboration, inclusivity, integrity, scholarship, and service.

Nationally, the purpose of the Omicron Delta Kappa Society is threefold:

First, to recognize those who have attained a high standard of efficiency in collegiate activities and to inspire others to strive for conspicuous attainments along similar lines;

Second, to bring together the most representative students in all phases of collegiate life and thus to create an organization which will help to mold the sentiment of the institution on questions of local and intercollegiate interest;

Third, to bring together members of the faculty and student body of the institution, as well as other Omicron Delta Kappa members, on a basis of mutual interest, understanding and helpfulness.

Founded on April 29th, 1935, the University of Georgia Alpha Upsilon circle of Omicron Delta Kappa unites students and faculty who have demonstrated leadership and achievement in the five phases of campus life in the interest of the development of the University through commitment to service, integrity, excellence, and friendship. The circle was founded by 12 students and four faculty members and included UGA President S.V. Sanford and Dean William Tate among its early members. In his ODK files, Dean Tate described the society as “the most respected organization of this nature on the campus” of UGA.

Throughout its history, ODK has talked of ambitious undertakings, including the establishment of a Student Government Association; enactment of an honor code; establishment of a president’s club for the presidents of student organizations; and regularly hosted student leader banquets, often times in collaboration with Mortar Board.

In fall 2009, the Alpha Upsilon circle was on the verge of disbandment. With only two active students remaining, Barrett Brooks and Mason McFalls were charged with convening a group of outstanding student leaders to reimagine ODK’s role at UGA. This committed group invested a year determining the new and unique role ODK could play at UGA – a true testament to the transformational power of a small community of committed leaders.

Since ODK’s re-establishment, the organization has created a positive press publication, called The Chapel Bell; petitioned to have a flagpole placed in the center of campus; facilitated a campus-wide September 11th memorial service; and served as a founding member on the steering committee for the first ever TEDxUGA Conference.

In addition to ongoing leadership development, ODK members are eligible for national scholarships and members in good standing receive with honor cords to wear with their graduation regalia. Additional membership benefits are listed at https://odk.org/members/benefits-membership/.

Once an individual is initiated into Omicron Delta Kappa and is no longer enrolled at institution that hosts their circle of initiation, they are considered a lifetime member of our Society. 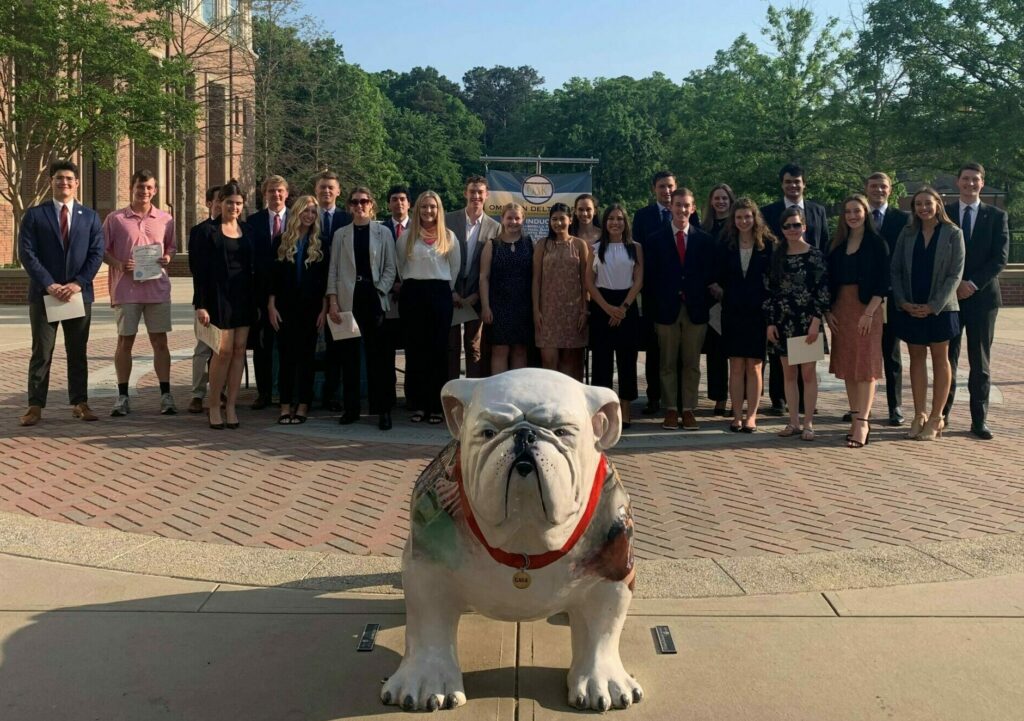 On Monday, May 2, 2022, the Alpha Upsilon Circle initiated thirty-one new members. The new members of ODK have committed themselves to the ideas, values, and aspirations of the Circle.